A lovely young couple moving to Portland from San Fransisco wanted a home to start their family from. Their baby was due in a couple of months, so we had time to find the right space, with all the character they wanted, but had been unable to find in SF. The house was on a relatively busy street and that had clearly turned a few buyers away as we got the house for $40,000 under the asking price.

:UPDATE: They sold the house less than three years later for $704,000. Quite the investment! 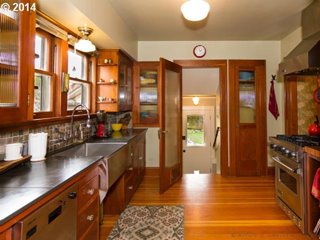